I officiate my fair share of weddings.  One of the many things couples often agonize over is which Scriptures to read at their wedding, so I make suggestions to them.  Today’s reading from Ephesians is about husbands and wives, but it is not one I have ever recommended for a wedding.  Let’s read it.


Amen.
Posted by Stephen Baldwin at 7:37 PM No comments:

People often ask me if I get nervous preaching every week.  No.  Not nervous.  But my knees do tremble.  And my heart sometimes flutters.   That’s because, as today’s Psalm says, I fear the Lord.  When I was a child, I loathed that phrase, for I could not imagine why anyone would be afraid of the God who loves and cares for us?  But my mind has changed over the years.
How do you feel about it?  Do you fear God?  Over and over, mostly in the Old Testament, the ancient authors admonish us, “Fear the Lord.”  For those who fear God want for nothing.  The fear of the Lord is the beginning of wisdom.  Preachers who like to wag their fingers in your face often say with a red face and a stern voice that they want to put the fear of God in people in their sermons.  In our faith, to fear the Lord is seen as a great virtue.
So it was a surprise to me to learn this week what the most frequent commandment in the whole Bible is:  “Do not fear.”  Seventy-five times the Bible tells us, “Do not fear.”  Do not fear, for I am with you.  Do not fear or be dismayed.  Do not fear; I will help you.  That command occurs more frequently than all others…by a country mile.
So which is it—to fear or not to fear?  Shakespeare famously asked, “To be or not to be?  That is the question.”  But for Christians, “To fear or not to fear?  That is the question.”
There are many things of which we are afraid, and I’m not just talking about fair traffic and eating one too many Ben Ellen donuts before hopping on the tilt-a-whirl.  We’re afraid of death, so much so that we’re sometimes afraid to live.  We’re afraid of terror, so much so that we’re afraid to leave our comfort zone.  But afraid of God?  Do we cower in fear of the Lord?  Do we fear God’s punishment and wrath?  Do we fear God like we would fear our worst enemy?  I hope not.
The verb “to fear” in the Hebrew language of the Old Testament can take on different meanings in different contexts.  In the verses when it commands, “Do not fear,” it clearly means that we should not be afraid of the little things in this life, for they are little things.  Do not be afraid of what people think of you.  Do not be afraid of the darkness of the night.  Do not be afraid of what you do not know.
But when it says, “Fear the Lord,” it takes on an entirely different context.  It means, “Revere the Lord.  Respect the Lord.  Be in awe of God’s majesty.”  You see, the verbs “to fear” and “to see” are nearly identical, and that points to their similarity, for in the sight of God fear becomes reverence.  Once you see life as God sees it, then everything changes.  You revere every blade of grass.  You respect every life.  You are in total awe of God’s grace in every breath.
For some folks, that’s the end of the lesson.  When the Bible says, “Fear the Lord,” they hear, “Respect the Lord.”  Be reverent.  Come to church.  Sit quietly.  But that doesn’t grasp the fullness of the teaching.  Someday I believe we will meet our maker, and I doubt respect or reverence even begins to cover what we will need to show on that day.
The best illustration I’ve ever known of what it means to fear the Lord comes from The Lion, the Witch, & the Wardrobe by CS Lewis.  It’s an allegory about Christianity set to a children’s story.  The main character is a lion named Aslan who dies so that others might live before being resurrected.  But before the children meet Aslan, they’re very curious to know what he is like since they have heard so many stories.  One child asks, “Is he a man?”
“Aslan a man!  Certainly not.  I tell you he is King of the wood and the son of the great emperor-beyond-the-sea. Don’t you know who is the King of the Beasts? Aslan is a lion – the Lion, the great lion.”
“Ooh!” said the child, “Is he – quite safe? I shall feel rather nervous about meeting a lion.”
“That you will, dearie, and no mistake.  If there’s anyone who can appear before Aslan without their knees knocking, they’re either braver than most or else just silly.”
“Then he isn’t safe?” said the child.
“Safe?  Who said anything about safe? ‘Course he isn’t safe. But he’s good. He’s the King, I tell you.”
At the risk of sounding too much like a preacher, I think that sense of fear and reverence for God is at risk.  We treat God like a WalMart which is open 24/7, gives us just what we want for a few bucks, and never asks anything in return.  We treat God like a genie in the bottle, and the truth is that we prefer for God to stay in the bottle instead of coming out and changing things.  We treat God like a lion at the zoo that is neither feared nor respected but simply gazed upon now and then when we feel like it behind the safety of fences.
We need to do better.  In our prayers.  In our songs.  In our worship.  In our outreach.  In our ministry.  In our relationships.


We need to do better.  For God’s sake, because God deserves it.  But for our own sake as well.  By fearing and respecting God, our lives necessarily take on a certain order.  We recognize God’s place at the top of our lives, and the rest falls into place.  We find contentment with who we are, where we are, and whose we are.  We find joy in everyday blessings.  We find wisdom in knowing our place in God’s world.  It’s the way of life described in Ephesians.  A way of life tempered with a healthy dose of both fear and respect that makes the most of our short time here on Earth.  Amen.
Posted by Stephen Baldwin at 10:33 AM No comments: 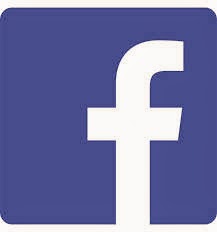 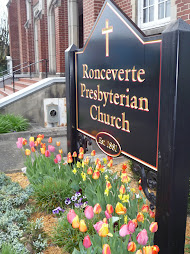